The gradual integration of applications and services external to an organization’s domain motivated both the creation and adoption of federated identity services whose evolution continues to this day. Single sign-on (SSO), a forerunner to identity federation, was an effective solution which could manage a single set of user credentials for resources which existed within a single domain. However, the growth of high quality third party applications pushed organizations to rely on tools outside the domains they controlled and beyond the scope of SSO. Federated identities offered organizations the opportunity to preserve the benefits of SSO while extending the reach of a user’s credentials to include external resources which reduces costs and when implemented correctly, can increase security.

Three protocols employed in the majority of federated identity deployments will be examined, OpenID Connect, SAML v2.0, and OAuth 2.

OpenID Connect was launched in February of 2014 and is the current iteration of the open standard which allows users to employ a single set of credentials, managed by a preferred 3rd party OpenID Connect identity provider (IDP) such as Google, Microsoft, and PayPal, to authenticate with numerous online services. OpenID Connect has been built on top of the OAuth 2.0 protocol and employs REST/JSON for messaging. For developers, OpenID allows developers to authenticate users without creating and maintaining a local authentication system. Instead, developers can rely on the expertise of an organization committed to the secure implementation of an identity protocol capable of ensuring identities they manage are authentic and to the best of their abilities, authentic. The OpenID Connect protocol, launched in February of 2014, can be used across numerous platforms including mobile in addition to a varied array of clients such as JavaScript to produce confirmable identity assertions. (Source: http://openid.net/connect/faq/) 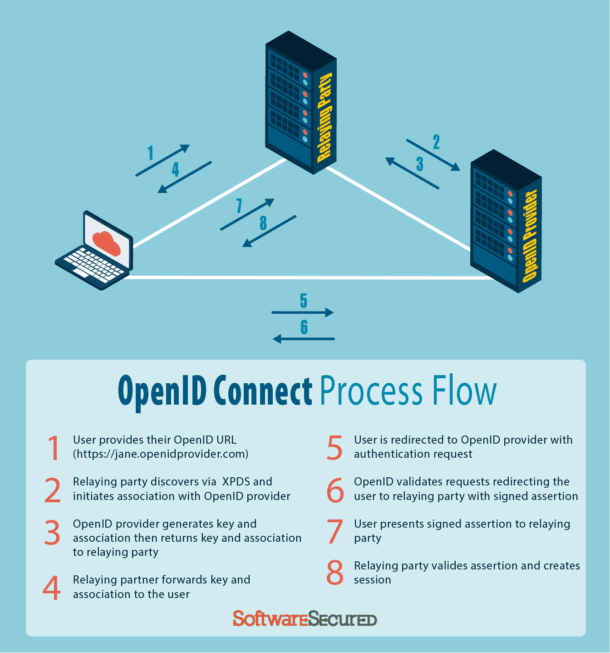 “Broadly, the attacks consist of using dynamic client registration, or the compromise of an OpenID Provider (OP), to trick the Relying Party (RP) into sending an authorization code to the attacker’s Token Endpoint. Once a code is stolen, an attack that involves cutting and pasting values and state in authorization requests and responses can be used to confuse the relying party into binding an authorization to the wrong user.

Many deployments of OpenID Connect (and OAuth) in which the configuration is static, and the OPs are trusted, are at greatly reduced risk of these attacks. Despite that, these suggestions are best current practices that we recommend to all deployments to improve security, with a particular emphasis on more dynamic environments.”

Security Assertion Markup Language (SAML) is an XML-based open standard for exchanging authentication and authorization data between parties. SAML was launched in 2001 and is managed by the OASIS Security Services Technical Committee. 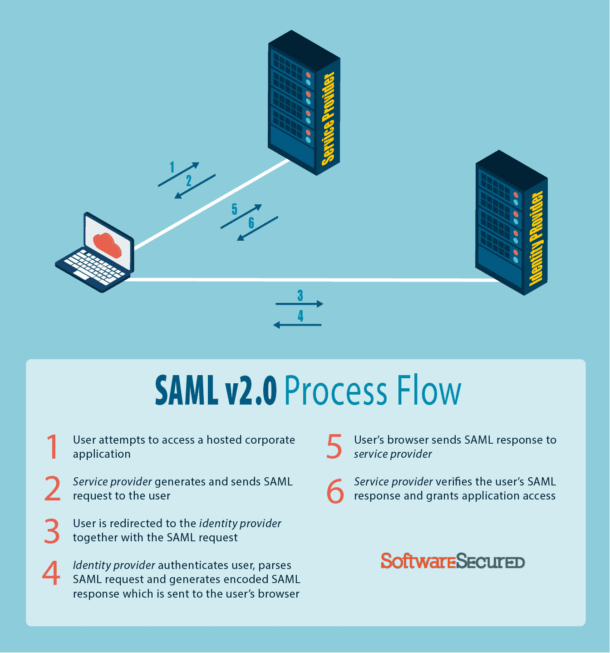 A group of researchers presented a paper in 2011 where they used an XML Signature Wrapping vulnerability to impersonate any user.

OAuth 2.0 is an open standard launched in 2006 focusing exclusively on authorization, differentiating itself from OpenID and SAML which were created for the purposes of authentication. 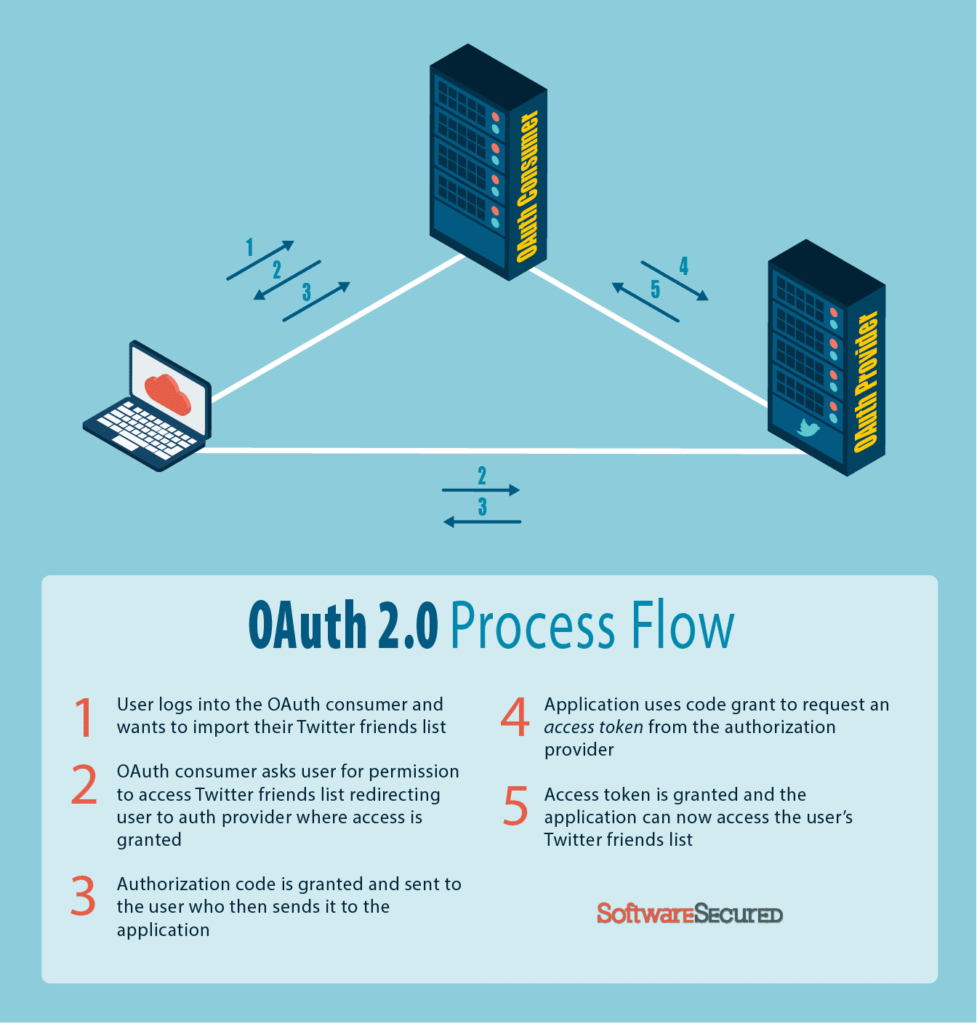 In November of 2016 three researchers presented a paper at Black Hat Europe describing what was the most common OAuth 2.0 vulnerability as follows:

The researchers went on to suggest a number of precautions which could help mitigate the vulnerability including “clearer and more security-focused usage guidelines for their OAuth 2.0 based SSO APIs”. They also recommended that mobile apps which require backend servers only trust direct communications with the identity provider which would issue a private identifier per mobile app in addition to conducting more thorough mobile application security testing.

The OAuth 2.0 protocol relies on the underlying transport layer to provide confidentiality and integrity by employing technologies like SSL/TLS. Since OAuth 2.0 does not support signature, encryption, channel binding, or client verification, care must be taken in its implementation.

2. Client account hijacking through abusing session fixation on the provider

Only affects the “social login” scenarios.

There are a growing number of federated identity options, here are a few examples.

Higgins is an open source protocol that allows users to control which identity information is released to a third party. Higgins is focused on developing three areas, the first being active clients which utilize browsers across platforms including mobile. Secondly, for the Higgins 2.0 launch a personal data store (PDS) is being developed which will give its users to control the data they share. Lastly, developing a IMI and SAML compatible Identity Provider enabling IMI and OpenID compatibility.

U-Prove is a token based credential established in 2012 whose core specifications were released under Microsoft’s Open Specification Promise. U-Prove tokens can contain any kind of attribute, similar to public key infrastructure (PKI), yet differs in two significant ways. First, the token’s public key and signature cryptographic “wrapping” is done in a way where the attributes “contain no correlation handles making it impossible to track U-Prove tokens even in a situation where insiders might collude”. Secondly, U-Prove users have the ability to disclose only the minimum information required such as their range being within a range and not their actual age.

MicroID is a decentralized identity layer for the web and microformats that allow anyone to claim verifiable ownership of their websites in addition to content hosted anywhere by using an identifier composed of a hashed communication and identity.

With the continued proliferation of hybrid systems, protocols, and countless devices federated identities have firmly entrenched themselves in our daily lives. However, the convenience promised by technologies like OAuth 2.0, SAML 2.0, and OpenID Connect necessitate that the attack surface they generate be carefully scrutinized not only during deployment but on an ongoing basis ensuring the service they provide does not become as convenient for attackers as they are for users.